The Last Time I Saw Hanna 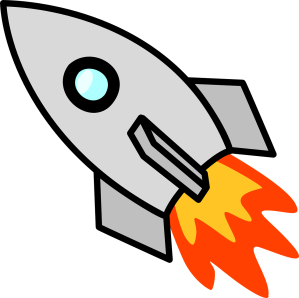 I do not believe I have it in me to write this with eloquence. I am just going to tell it. I am weary this week, and relating this ending draws on scant reserves. Please view my friends with compassion. I will put some links to prior posts in blue in case you have not been following along and want to read this in context.

As Hanna and Niko packed to leave our home for good, Hanna made one final request:

“On the day of our flight, will you drive ahead of me to the airport?”

She was afraid she would get lost on the way to the airport and cause them to miss their flight.

Since our friends would be returning after all, they packed only what they needed for the next 10 days and left the rest of their belongings in our basement apartment.

Hanna and Niko pulled out of the driveway with the dream of salvaging their vacation. They had wised up and escaped our false friendship and the “jail” of our basement.

I breathed a bit easier.

A few days later, Henry and I realized we all needed to get away for a few days of rest. We decided to visit my mother in the country, three hours away. I reminded Henry of my promise: I had to be back by 11:00 a.m. on Sunday to make sure they got off safely. We drove separately.

I returned early as planned. I waited in the ancient green wing chair, trying to avoid feeling the horse hair poking out of the arm rests.

Hanna did not come. Noon came and went, and still no Hanna. By 1:00, I was pacing. Hanna had no phone, and I had no idea where they were staying. I am not entirely ashamed to admit that while I was concerned for their well being, by this point in the summer, I was most terrified by the possibility that something would prevent their return to Germany; and we would be left as their only financial, emotional, and logistical supports. I knew their financial resources had to be perilously low.

Around 1:15, I heard a key in the lock. The door popped open, and Hanna nearly fell into the entryway. She was frantic. And this is a woman who always keeps her cool.

“I forgot what day it was.”

Niko had tried to tell her their flight was that day, and she had shushed him. Why? Because he was psychotic. She had assumed he was confused. Hanna had known it was only Saturday. At least, until she had left the hotel room to buy milk. She had happened to look at the receipt as she was putting it in her wallet.

Hanna ran down to the basement and began throwing things into bags.

Here is what I learned about how they had spent the last 10 days of their much anticipated vacation. (These are the days they had tacked onto their visit to our home, against our express wishes, in the certainty that 10 more days would enable them to do all the sightseeing which had not been possible in the first 32 days due to my refusal to loan Niko my laptop. I am uncertain how they could have been so sure of their plan, if the success of their vacation indeed hinged on the matter of the computer, as they had left our home with the same number of electronic devices they had had when they arrived–zero. I don’t know why I even mention this as it is, by now, clear that many things about that month did not make sense.)

Our friends had left our house and headed to a Best Western in a nearby town. In no time at all, Niko had completed his disintegration into psychosis and had been unable or unwilling to leave their room. His unrepentant chain smoking in a non-smoking room had not gone unnoticed. The consequent eviction was troublesome but in the end, Hanna managed to get Niko to leave without out (much) police intervention. I am ever thankful he complied, which you will understand if you are familiar with some of the ways things can go wrong when the police are not properly trained in working with the mentally ill.

And so Hanna and Niko finished their vacation in a small, smoke-filled room. Hanna ran out quickly for food now and then, but that was her only relief. Niko hadn’t really been sleeping, and Hanna had stayed up nearly around the clock to keep an eye on him.

I helped Hanna carry the bags out to the car. Niko was waiting. As I approached the car, Niko approached me. His hair was a stringy mess, and he reeked of body odor and cigarettes. He did not much resemble my jovial friend as he shoved his fist under my nose.

“Stop trying to manipulate my wife or you will have to answer to me!”

I don’t think I answered back. I was too scared. As Hanna and I headed back to the house for one last check, I asked her, “Do you think he would actually hurt me?” I had never been on the receiving end of this type of threat.

Hanna had always insisted Niko would never, ever, hurt a fly, even when psychotic. At their 2006 visit, she had remained unruffled as he roamed the house, muttering. This time, she shrugged. She had too many worries to hold my hand. “Well, I think you never really know.”

In a very short time, I was going to be behind the wheel of a car bearing a corpulent psychotic man who had just threatened to flatten me. I knew that if I were to ask my therapist colleagues, they would advise me to keep my distance. So I wasn’t asking them. I knew I was going to bank on the history of the friendship and take my chances.

Hanna encouraged Niko back into their rental car and followed me to the car return near the airport.

I pulled over onto the shoulder of the busy access road and put on the flashers. I was afraid to follow her into the lot lest I be unable to exit without difficulty. Time was of the essence. Hanna told Niko to get into the back seat of my car and wait. He was unhappy to be left with me but she promised she would be back soon. Hanna drove through the gate, down a long drive, and disappeared from sight.

Niko, restless and uninterested in conversation, exited the car. I was afraid of him. I was also afraid for him. I loved him, and he had been a good friend. What if he walked into traffic? What if he wandered off, and got into some other trouble? As it turned out, he only wanted to heed the call of nature—in full view of passing motorists.

“Oh God,” I thought, “let him not attract notice!” We were at a major airport, after all, and security came and went every few minutes. After taking care of business, Niko took off at a clip towards the car rental place in search of Hanna. I called to him but he kept going.

After some time, he and Hanna returned. It was as though the sun had come out. Niko was happy to see me! He was very chatty as he hopped into the back of my car.

“We’re going on the Space Taxi! You and Henry and the girls are coming too, right? Where are they?”

“I’m so sorry, Niko. They are at home. We weren’t able to get tickets,” I explained, hoping to keep things light. My heart filled.

Once in the terminal, Niko continued to speak nonsense. It was was German and Greek nonsense, so nobody was any the wiser as they checked their bags. I hoped his gently-elevated mood would last until they arrived safely in Germany.

I tried to engage Hanna while we watched Niko wander here and there for a few minutes, taking in the airport. Our talk was strained. She did ask: “Tell me the truth. How bad do I look?”

“We saved for this vacation for so long. I was run down when we arrived. I can’t even imagine how shitty I look now. “

What could I say to that?

“I dread the questions I’m going to get when I go back to work,” she went on.

We hugged. I reassured Niko we would see each other again.

And then they were gone.

I felt taut for several hours after their scheduled departure time. I kept expecting a call saying Niko had not been allowed to board or that the pilot had been forced to land. Relief of a sort, came by midnight; however, I maintained a degree of numbness and denial for months leading up to my depression.

I learned later that Hanna had taken Niko directly from the airport to the mental hospital. In her letter, when it finally did arrive, she told me how proud she was of Niko, that he had still been “himself” enough to manage until she had shepherded him safely to the hospital. “No thanks to you,” was heavily implied.

You know most of what came next.

This post is part of The Story of Hanna. The prior post in the story is here.