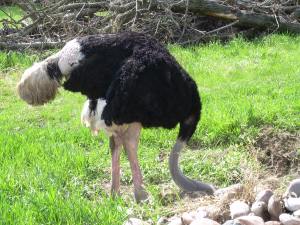 “He used to let me do everything for him.”

“Life was so good,” she sighs, “until the accident.” She wasn’t even sure how it had happened. Sherry recalled having felt out of sorts that day. She had asked Marco to put an extra shot in her Americano but the creeping nausea had caused her to reconsider. She had broken the rules and stolen a few moments on the cool leather couch in the women’s lounge off limits to staff. But in the end, she had thought it better to get up and push through. Sherry had been an athlete, and she understood this paradox: the cure for too much activity is more activity.

She had finished her shift at the restaurant, pulled out into traffic, and come close to waking up in the afterlife. Instead, she had come to in a hospital room, awakened by the sound of her own breathing. Her first thought: “And I didn’t even finish ironing John’s shirts.”

Sherry’s heart attack had left her with one good eye, one good arm, and one shiny blue wheelchair. “Cobalt,” she smiles, “I thought it would bring out my eyes. John always did like my eyes. He used to tell me what to wear and how to do my hair so I’d look like a million bucks.”

John had visited Sherry in the hospital. Once. After that, their conversations had taken place through attorneys. However, Sherry is not one to dwell on her misfortunes. She understands his wanting to protect his assets–what, with her care being so costly–and she doesn’t take it personally. “He is very, very close to his mother,” she confides, “and it seems only fair that he should have her money to himself once she’s gone.”

Sherry is a mite disheartened that John has not returned her calls. A few times she has used a paratransit service to organize a ride to his new condo. One time, a woman answered the door. “The cleaning service, I guess.”

Sherry doesn’t mind living with her mother for now. Not really. She had been disappointed to learn that she would not be able to return to the cape cod she had shared with John. She had had little choice but to go from the rehab facility back to her childhood home. The house isn’t fully accessible but she manages well enough with help from mother–though she is sometimes impatient and rough. Sherry imagines her mother’s disappointment at spending her golden years negotiating ostomy bags, and she forgives her.

“Now that the divorce has been final for a few months, we should be able to get back together. What’s a piece of paper, after all? I know John has been holding off to be sure all the legal stuff has settled.”

I take a deep breath, blink, and lick my lips, as I buy a moment to formulate my response. Before I can speak, Sherry continues.

“So do you think I should try calling this time or just show up?”

90834 is the billing code for a 45 minute individual counseling session. This is the code most commonly approved by Medicaid for individual therapy. You can find another post about a therapy experience here.