Can I help it if my family had a serious crush on Germany??

More of the things we hated to leave behind:

13. Licorice. I loved Lakritz Schnecken, which are delectable black licorice strings rolled up like snails. Black licorice, in general, was a spiritual experience. In a similar category were Veilchen Pastillen (violet pastilles). They actually tasted like flowers. In addition to being addictive, they were pleasantly aromatic and chewy. 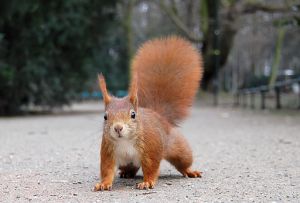 16. Giant orange slugs. Fabulous! Especially to a nerd like me.

17. Mainzelmännchen (tiny little mischievous cartoon guys). We thought the Germans were brilliant. Instead of annoying viewers with a commercial every few minutes, they’d save them up and show them all at one time, interspersed with these clever cartoons. We loved commercials! Hope you enjoy this selection from the 70’s. 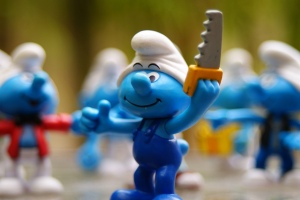 18. Schlümpfe (Smurfs). We had them waaaaay back when. Pretty much every kid watched them on TV and collected the little plastic figures.

19. Kickers. These were actually Italian shoes. Germans are very serious about their footwear since they do so much walking. They were a fad at my school, and I begged and begged for Kickers until I finally got some. They always looked so cute on my friends. I quickly realized the effect was not so brilliant on a tall skinny girl with ginormous feet. Couldn’t find a photo. Sorry!

20. Sleds. Made all of wood with fixed runners covered in a thin strip of metal. We kids used put them on our shoulders like backpacks before squeezing ourselves into the streetcar to head out to the best sledding grounds. IMHO, the lighter weight and wider runners made my German sled superior to my Flexible Flyer. Steering was no problem—you just had to gently drag one foot or arm on the side to which you wished to turn. 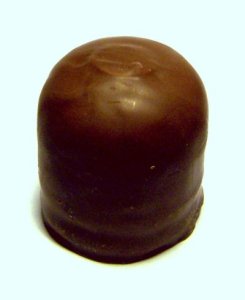 21. Schaumküsse–known as Mohrenköpfe or Negerküsse in my youth. You probably don’t have to be a German speaker to intuit why those names had to go.

A Schaumkuss is hard to describe because we have nothing like it. It is a very large, moist and creamy white marshmallow sitting on a baked wafer (not unlike a large corrugated communion wafer) and dipped in dark chocolate. We used to eat them as dessert, obviously, but there was another method for the starved hordes exiting the XXXXXXX School after class. We’d stampede into Modero (a Mom and Pop store across from school) and order one served on a Brötchen (crispy roll) so we’d have something to eat on the way home. Open roll, insert Schaumkuss, squash, eat. Mmmmm. 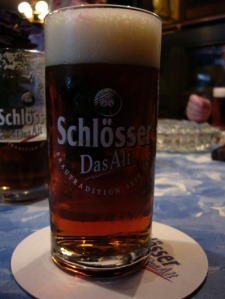 22. Beer. Not being a delinquent (much), I took my parents’ word for it. (Note the cardboard coaster. Every single brand had its own, and there were zillions. We kids collected them and played with them like trading cards or used them to build card houses.) 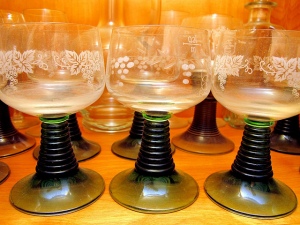 23. Wine. Here are the typical glasses. I have what is left of my parents’ set and use them every weekend.

24. Johannesbeersaft. Current juice. Ahhhhh, dark, sweet-sour, strong. I could not get enough of the stuff.