And the Winner is….

I’m still trying to comprehend how “We’d love to have you visit but we have certain guidelines,” came to be viewed as “For years, I smiled and told you what you wanted to hear so that once you had emptied your bank account and arrived on our doorstep feeling warm and fuzzy; I could turn on you, my captive audience, and exorcise my pent up rage against you at my leisure.”

By Day 3, the trust between us had been grievously compromised. A few of us complained that stress was causing hair loss. No, this is not an attempt at humor.

Three days down and 28 more to go.

No two ways about it. They had been tricked. They had spent thousands of dollars to pass their summer in jail. Jail being our basement apartment without a computer. They began to sequester themselves, eventually reversing their days and nights, in part–I believe–to avoid us. They surmised they had become persona non grata (personae non gratae??) and were the last fools on earth to learn it. This was not the case. At least not yet.

We experienced good moments. We shared some laughs. We had some conversations memorable for reasons other than distress. Even so, trouble was always lurking stage right.

Everything I did and said was now suspect. Things I had said and done in the past came under suspicion as well—as though past behaviors had taken on new meanings given this epiphany about my character.

I’ve seen this response in couples counseling many, many times.

Spouse A admits to an affair long past. Spouse B, who is learning of it for the first time, responds as if the infidelity had ended just yesterday. As the initial catharsis begins to settle, the reality of the affair sinks in. Spouse B will now spend months to years poring over reel after reel of old footage, looking for missed clues. Forgiveness and reconciliation may or may not follow.

“Three years ago, you canceled our dinner plans on Valentine’s Day because of a crisis at your work. I bet you weren’t working at all. You were probably fucking your mistress!”

Hanna and Niko were looking for confirmation of my infidelity, and they found it.

In times of extreme stress, I shut down. If you do not know me well, you might not even notice. I will continue to walk, talk, smile, listen, and laugh. I will perform my roles as mother, wife, and hostess. But I will do so with clinical remove. I become prodigious in my cooking and cleaning while the person behind my eyes goes dormant.

I did not intend to vacate during that 2011 visit. My psyche made the decision of its own accord. My soul balled itself up and locked itself away deep in my belly until such time as it felt safe to emerge and expose its tears, fears, and thrashing limbs.

My demeanor was evidence of malice, or, at minimum, indifference to their feelings. Hanna had seen me this way twice previously: immediately following a brutal semester of undergraduate studies and in the weeks following a trauma within my family. I believed she would understand my absence and hold a place in her heart for me until I was able to return.

I felt misunderstood, and I was in good company. My household found itself engaged in a protracted competition for the coveted title, Most Misunderstood and Maligned. Niko, Hanna, and I were the front runners but our daughters threw their hats in the ring as well. They were much quieter in their bid but I felt them jostling.

“Uncle Niko is being a baby, and you know it. He’s got the whole household revolving around him, and I can’t take it any more! You won’t speak up but if I do, I get in trouble because he’s The Guest. Gaaaaah!”

“Mom, why are you being so hard on Uncle Niko? I’ve been talking to Aunt Hanna, and I think the problem might be that you aren’t trying hard enough to understand him. Why are you looking at me that way? I didn’t do anything wrong.”

“Aunt Hanna and Uncle Niko aren’t fun any more. And you aren’t either. There’s nothing good to do around here. Are you even listening?”

Henry was the only one who didn’t enter the pageant.

In the end, Niko won. Hanna stuffed the ballot box.

Some days I wonder if I am seeing matters clearly or just positioning myself for a grab at Niko’s tiara.

This is part of The Story of Hanna. The episodes to date can be found under the tab of the same name. The previous installment is here. 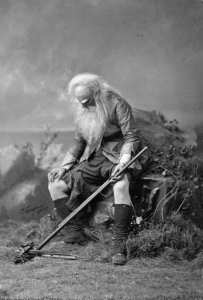 I woke up one morning recently and discovered I was 48.

This shouldn’t have come as a surprise. Somehow, it did.

Hanna and I had been friends since 1974. We met when we were assigned to the same Gymnasium class during my four years in Germany. We became the very closest of friends in the summer of 1979, when she somehow convinced her parents to let her visit me in the US. Time and distance could not diminish the intensity or rewards of our friendship.

My dear friend and her husband Niko came for a five-week stay last June. Just as that first lazy summer had marked the beginning of something magical, the last summer had signaled its end. The visit went irretrievably wrong despite good intentions on all sides.

I had made a few attempts to process this with Hanna through letters, and I had gotten no response. It is true that I had expressed hurt and anger but I had also expressed remorse over mistakes I had made, along with the hope that we would, with time and perspective, work things out. In the meantime, I continued to observe birthdays and Christmas. I wanted Hanna and Niko to know that, while I couldn’t fix or even explain the summer, I loved them.

I knew Hanna was struggling. In June, we had sat at my kitchen table, desperate and holding back tears, trying to figure out why things were turning out so badly. From almost the first moment, tension had begun to build; and Niko’s paranoia had hinted, here and there, at a slow smolder. It is hard to say if one precipitated the other. Maybe no causality existed. Maybe we don’t need to know.

Normally we would have been able to discuss any and all matters but Hanna wouldn’t let my mind attach to hers the way it always had. Was I was denying her as well? This was the first time Niko had viewed me with suspicion, and Hanna seemed unsure of me. She had always bragged about his instincts.

My conversations with Hanna were becoming fewer and shorter. For the first time ever, they were becoming stilted. Niko sat in the basement apartment counting the number of minutes Hanna spent with me above, anxiously awaiting her return. If she and I spoke for too long, he began to fear she would choose me over him.

I held fast to my belief in our friendship. We were bedrock. But after several months, I felt malaise. No word from Hanna, even at Christmas. I pushed my fears away.

In January, two days after my 48th birthday, my heart leapt at the sight of the thick envelope. I knew that sorting things out between us would be an arduous task, and I surmised that Hanna’s letter contained her initial take on our summer disaster. Her silence on my birthday had been especially acute. She had never before neglected to call or write. But the hefty packet proved I had not been forgotten, and all would be well.

My knees buckled as read her letter. It was a list of grievances and hurts announcing the end of our friendship.

Happy Birthday to me.

I see a different person in the mirror these days. My skin is turning a soft, papery white; and my lips are thinning and losing their color. The flesh around the sides of my mouth is sliding downwards, forming a rubbery Fu Manchu and forcing my default face into a frown. This must be my reward for decades of smiling. Grays sprout like miniature fountains from my parted hair–noncomformists with the audacity to stand at attention no matter my efforts at calming them.

Everything has begun to sag and become pendulous: I have the beginnings of what one friend terms “mommy arms.” Even my knees—my knees, for heaven’s sake!—are starting to resemble bunched-up nylons, scooched down and slid off after a long night of dancing. I can no longer ignore the fact that the ache in my right knee keeps me up at night. And why does my left hip keep trying to slip out of its socket? This is not supposed to happen to me.

Hanna’s letter ended more than just a friendship. Our shared history kept the lines between youth and middle age comfortably blurred and conferred eternal youth. I didn’t really age; I was just Jane. I was suspended forever with her in the continuum of our relationship. If not for that letter, I might still jump out a second story window with her in the middle of the night to explore a forbidden barn. Or find myself shooting spitballs at Manni’s head to keep myself awake during Latin class. Or gossip with her about what has become of the rest of the prep school crowd. If not for that letter, I’d still be able to run a kick-ass mile. And travel the world. And become any number of things when I grow up….

I woke up one morning recently and discovered I was 48.

I am not invincible. I am growing old. I am on the downward slope of becoming, and my days are numbered. And in the meantime, my bones ache.