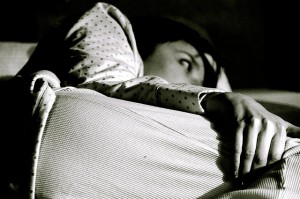 This is how I broke the rules.*

Until Hanna and Niko announced their intention to come for an extended visit last summer, I didn’t realize how much peace the distance between us had accorded me. Though I missed them both, Hanna terribly, we had done well with snail mail, Skype, and email.

My knee-jerk reaction was one of dread. It was quickly followed by guilt. BIG, FAT, UGLY GUILT.

I appalled myself. My superego roiled. I had to ask myself what was really going on here. In my typically obsessive fashion, I drilled myself.

It went something like this–on and on and on:

So why was I having trouble sleeping?

I was just coming into conscious—and reluctant—contact with the reality that my giddy naiveté had been stripped away. My husband Henry had been living in reality all along, and it appeared that our children had bounced back nicely from the last visit. In fact, the kids were all for a repeat performance. They couldn’t wait to see their fun-loving Aunt and Uncle!

The real change had taken place within me. Now I KNEW what could go wrong. I KNEW what a repeat of 2006 might cost my family, my friends, the friendship itself. The feeling I had was similar to the feeling I had after my first cross country race as a high school sophomore. I hadn’t known what I was getting myself into when the gun went off. I ran like a demon and finished much faster than expected. Wobbly and green, I nearly puked my guts out. Having only begun to run two weeks prior, I limped away with a roaring case of tendonitis which made it difficult for me to train–let alone walk–for weeks. Stepping onto the starting line was much harder after that. I knew what lay ahead.

Henry and I talked. It was clear now that successfully orchestrating a lengthy visit involving a person with special needs would require more than, “Y’all come!” We weren’t sure we had the resources.

On the other hand, we loved Hanna and Niko; and we missed them. We knew what this vacation would mean to them and how they had scrimped and saved to make it possible. They continued to try to keep Niko’s illness under wraps but had not been able to avoid negative reactions. Though they lived in the heart of a city, they led isolated lives. They had often told us how loved they felt in our home, and by the time 2011 rolled around, they had named us as their only real friends. We appreciated what we understood as a sacred trust.

Unlike 2006, Henry and I worked together. We shared our concerns with one another and discussed what we believed would have to be put into place in order for the visit to be enjoyable and “safe” for everyone involved.

Working things out with Henry in this way was an important step in my consciously choosing the welfare of my family over my intimacy with Hanna. I believed this to be a healthy step. I had learned in the intervening years that it is possible to have rewarding intimate friendships without crawling directly into another person’s skin. Reducing my enmeshment with Hanna would undoubtedly result in healthier relationships all the way around. Right? Unfortunately my private discussions and teamwork with Henry were later viewed as the cornerstone of my betrayal.

Henry and I attempted to come up with some boundaries which we hoped would serve us all, and I discussed them with our friends via Skype.

This request was huge and very, very difficult for me to voice. I felt tremendous loss at limiting our contact. And I was extremely worried that I would hurt Hanna’s feelings. Still, I firmly believed this request would serve us all.

This request was made to protect Hanna and Niko. Though we had set up a reasonably private apartment (sans running water) in our walk-out basement, he had become overwhelmed by the noise and non-stop activity in our home during their last visit, and it had contributed to his crisis. Hanna, who works an hourly-wage job, is their sole breadwinner and Niko’s sole caregiver.

It was made to protect Henry and his fragile employment status as we prepared to send two children off to college the following year. The economy was still rough, and Henry was still recovering from workplace trauma he had experienced at his previous job. He had just taken a new sales job which required him to work from home. We were concerned that the noise and disruption might prove problematic while Henry was mending and trying to make a professional transition requiring his complete focus. (Henry’s office was in the basement next to the apartment our friends would be using. We knew our success in limiting our daughters’ urge to thunder up and down the stairs for visits would go only so far. Plus, the visit would take place during summer vacation, and it didn’t seem fair to require monastic silence.)

It was made to protect me. I was both stay-at-home Mom and part-time counselor now. Due to my availability and German skill, I would be the go-to person for parenting, household duties, and hospitality until about 6 or 7 each night. I had been a homemaker for many years, and I wanted to adjust our friends’ expectations to make sure I would get to enjoy this visit without becoming overwhelmed and exhausted. I wasn’t too worried on this account, as our daughters would help if asked; and Hanna had always pitched in without waiting to be asked.

It was made to protect our daughters. I was determined to give our children sufficient attention, something I had failed to do during the last visit.

We believed these were fair and straightforward requests. That didn’t make them any easier to speak. Any limit, any “no” was new to me when it came to Hanna, and I was very, very anxious. I was relieved when Hanna and Niko received our words in the spirit in which they were intended. Spending some time out of the house would be in line with their plans, they said, since they had wanted to do some sight seeing anyway. They agreed that if Niko showed signs of instability, it would be best to return home immediately; and they asked us to let them know if we needed them to leave the house. They indicated their willingness on all accounts and said they were planning to rent a car so as not to inconvenience us!

I felt relieved and reassured.

We were going to have a great visit!

This post is the ninth part of The Story of Hanna. Infidelity, Infidelity II and other installments of the story can be found under the Hanna tab.

*I broke this Family Rule! You can find other family rules and some family-related essays under the Family Rules tab.